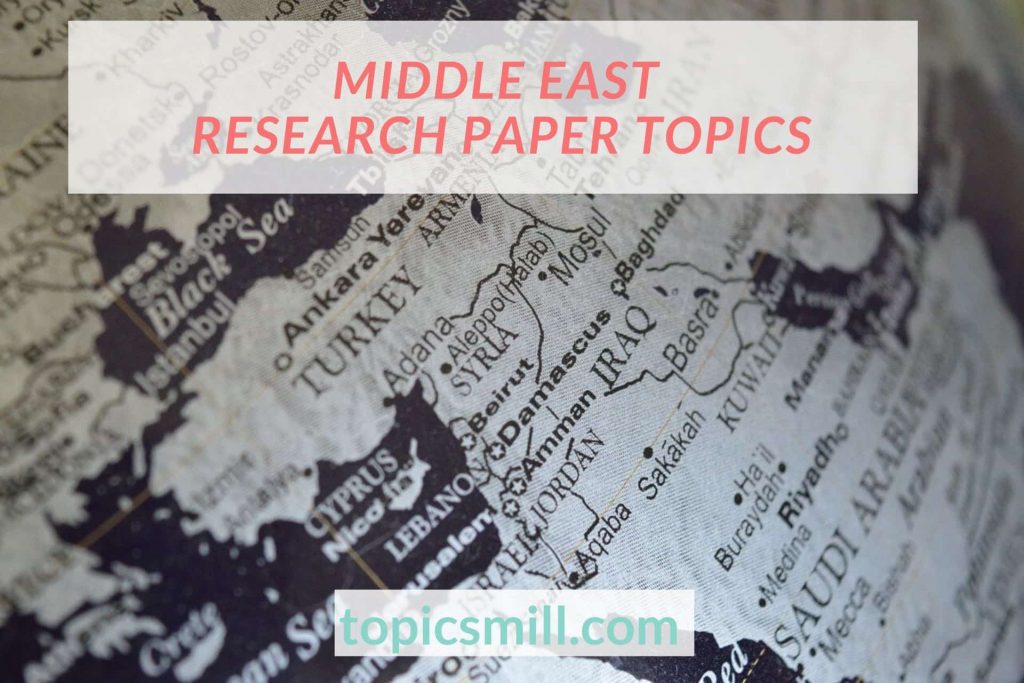 The Middle East is the region that arguably has the most vivid and complicated history. Such countries as Iran and Saudi Arabia, among many others, have been the world’s source of not only oil but also a plethora of cultural, religious, and social ideas and values for many centuries. Unquestionably, each student who is interested in history, politics, and international relations should take into account these principles in this geographical context. Because of such a fact, Middle Eastern research topics are often quite popular among college and university students.

However, we understand that since so many topics have already been examined, it can be hard to find innovative and interesting topics to write about when talking about the Middle East. Below, you’ll find our ideas for the Middle East research paper topics, which were specifically chosen for you to be able to explore many concepts. So, if you’re interested in history, culture, or international relations, be sure to check the Middle East research topics at the bottom of this page.