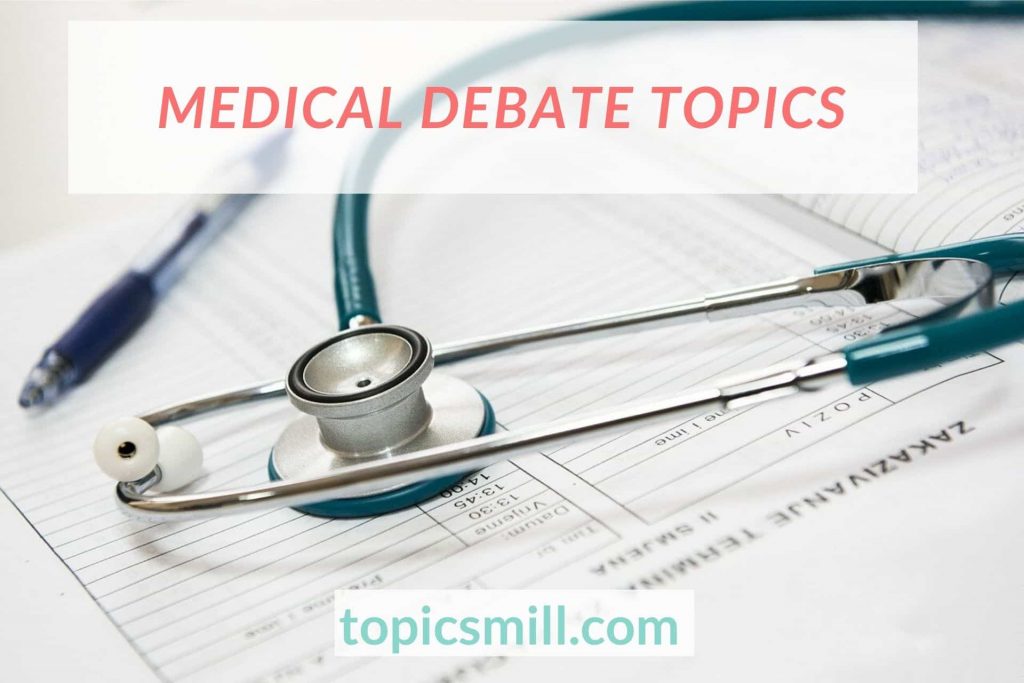 In 2019, medicine has become one of the spheres of social life that is often commonly discussed and debated. Nowadays, the debates regarding certain aspects of the healthcare system have drifted from the traditional academic and scholarly spheres to regular people’s conversations. The ideas regarding various therapeutic and preventive measures have become more widespread, partially because of the accessibility of information. As a result, many students, especially those involved in the medical sphere, engage in debates organized in classes.

If you were interested in reviewing some of the best medical debate topics, we’re here for you. Below, you’ll find an entire list of good suggestions regarding discussions of various aspects of pharmaceutical substances and medicinal practices. Keep in mind that a good academic discussion should be based on scholarly-proven research and not on your personal bias.