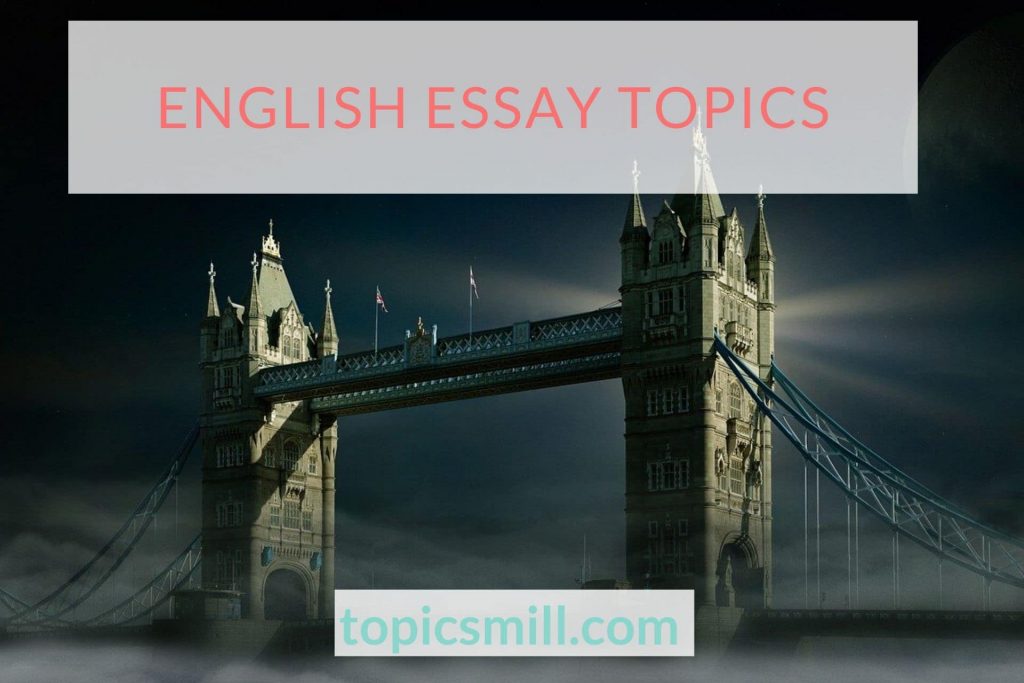 The English essay topics are the must-do exams in school as they help you to realize how a single language is rich when it comes to literary works! From the topics that analyze Edgar Allan Poe, to the Character analysis of Spike Lee’s story Do The Right Thing, students will use many sources to just get started! Any writing topic that you choose for your paper essay will involve the analysis of some play or book. Therefore, whatever you choose, you will enrich your knowledge by a single book or play. The college essays with the English theme are a great way to make students read more about the good and notable writers and their works!

As a student, you will start collecting information about the plays and that means that you will also read many titles that you will eventually like! The goal of English essay topics and theme ideas is to encourage students to read more, expand their vocabulary with the new words, and find new things that can enhance them to become better! These topics encourage them to think and analyze the works, which is a valuable skill that they would need throughout their life!