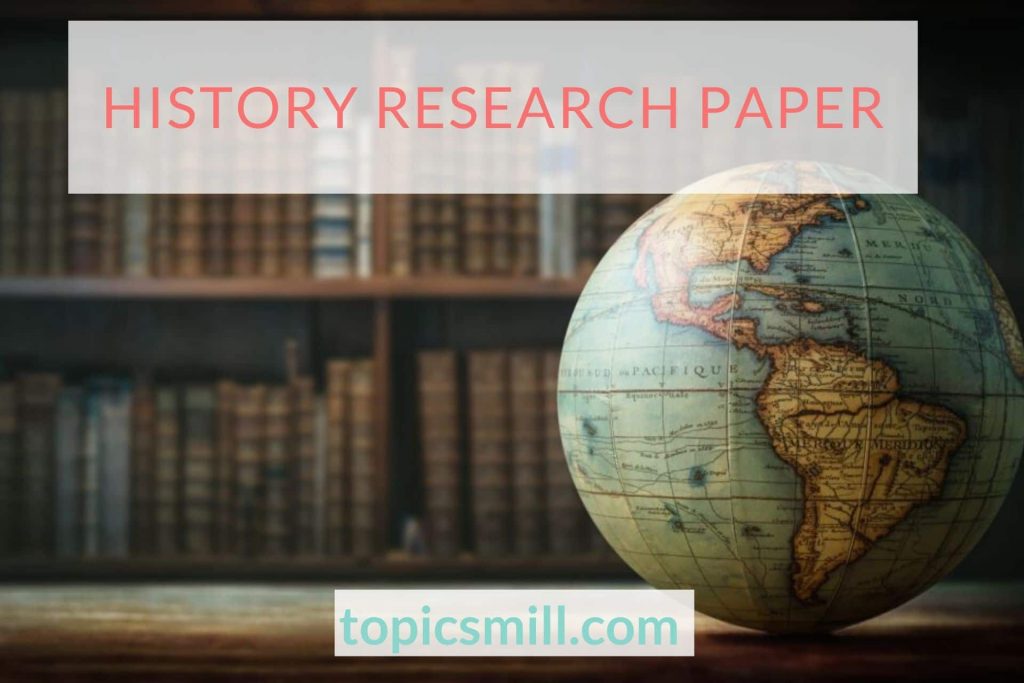 It is understandable why so many students struggle with choosing topics for their history research papers. The concept of time is an integral part of this subject. If you are asked to write about a time period, you have to know significant events that took place in that region of the world.

You have to consider a host of factors when it comes to choosing a topic for writing an essay on historical time. You may be interested in a certain period or geographical location. But do make the mistake of choosing something only because you have watched a movie on it. In most cases, the past is romanticized in movies.

To know the origins of events, you have to read serious history books. Your history research paper topics should be chosen based on your prior knowledge of the period of time. If your assignment demands you to write about the American Civil War, you should learn about the revolution and present your paper in an interesting way.

The list provided on this page will help come up with some great ideas. Make sure you choose something you are comfortable with. If you still find it hard to make a choice, talk to your teacher. You teacher can help you make an informed decision. It is also helpful to talk to other students who have written papers on history.