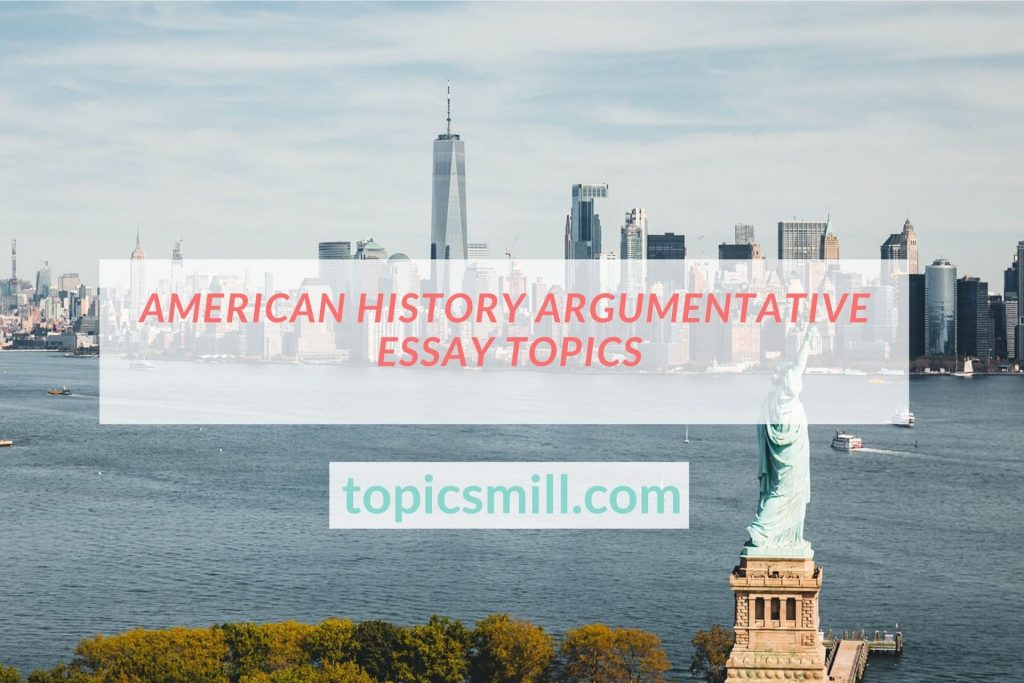 When talking about American history, we all need to remember that people from all over the world have come to the United States to find a better future. With that in mind, it is easier to understand the country’s cultural diversity and complexity of its history. Writing a paper about the United States history may seem like the best way to study as it requires you to conduct a profound research, develop connections, and make arguments. However, learning and writing about the subject does not have to be dull as every time period includes at least a few events or movements that will be interesting for everybody.

At the bottom of this page, you’ll find some great examples of American history argumentative essay topics for you to choose from, and each of them will be interesting and fascinating to learn more about. While you may think that in order to create a good original argumentative paper, you have to spend all night studying, it’s not true. The most important tip to remember while writing such a paper is focusing on the structure and making the argument quality done.